Is Big Data Really so Significant

Masayoshi Son, a Japanese billionaire businessman is the Founder and CEO of Softbank Corp, a holding company. He is also the brains behind the world’s biggest investment fund, Vision Fund, which had raised $100B from its investors.

Masayoshi Son once infamously lost $70B during the dot com bubble but still stood tall, is the second richest in Japan even after losing such a huge amount of wealth.

He shared some of his insightful life experiences during an interview with David Rubenstein, an American philanthropist, and a journalist. He stated, how he allotted 2 minutes threshold per day to invent something and it eventually worked when he invented pocket translators which he sold for $1.7m later on.

His other inspiring story includes, how he convinced Crown Prince Mohammad bin Salman Al-Saud to contribute $45B for his fund in just 45mins.

Qualifications: Bcom (H), CFA level 1 Candidate
I am Rounak kumar kedia, a graduate from T.H.K Jain college, with a keen interest in the field of Finance, currently interning at Leveraged growth. I love reading books of various genres and watching movies. 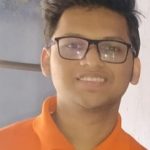